I’ve met too many people looking down on “System.out.println debugging” and claiming that not using a debugger is a mistake.

Sure, you can learn a lot from stepping through code but should you ever accidentally step over a critical line, for instance by stepping over a method which you should have stepped into, or need to do a non-trivial modification to the code, you need to restart the execution and go back to square 1. 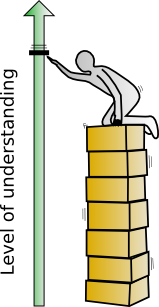 The state of a debug execution is fragile. You invest time that may go to waste, should you make a small mistake.

When diagnosing a bug I tend to restart the execution over and over again. Trying different inputs, making small modifications to see how it affects the execution down the road or just to try again if the bug is non-deterministic. As with all repetitive tasks, programmers should shy away from doing it manually and try to automate it. By “automating” I here mean getting the same information you would get from a debug run by just clicking a button, and this I claim, is easiest to do by putting useful logging statements at key points in the code.

Writing clear System.out.println statements obviously takes more time than setting a break point, but it's more robust when it comes to mistakes.